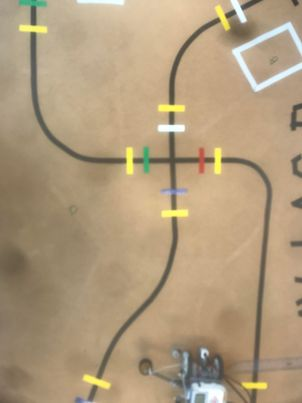 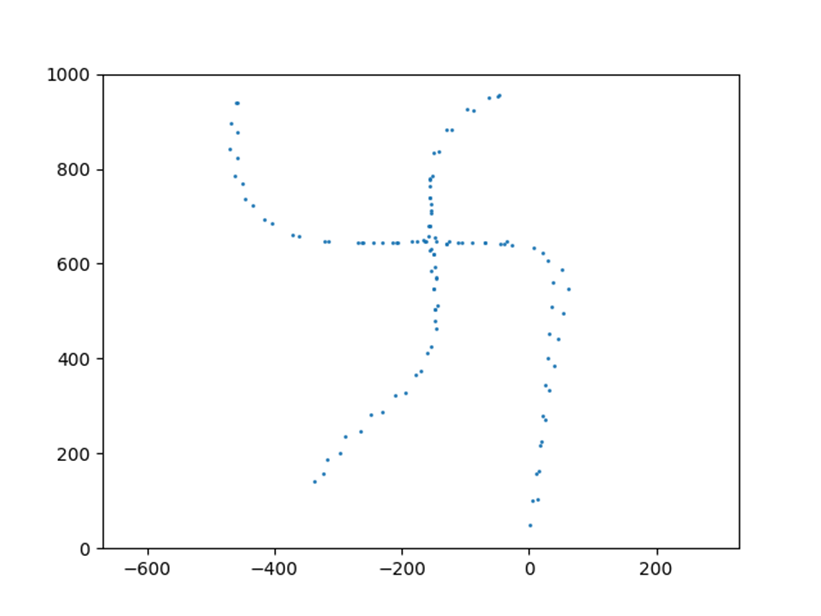 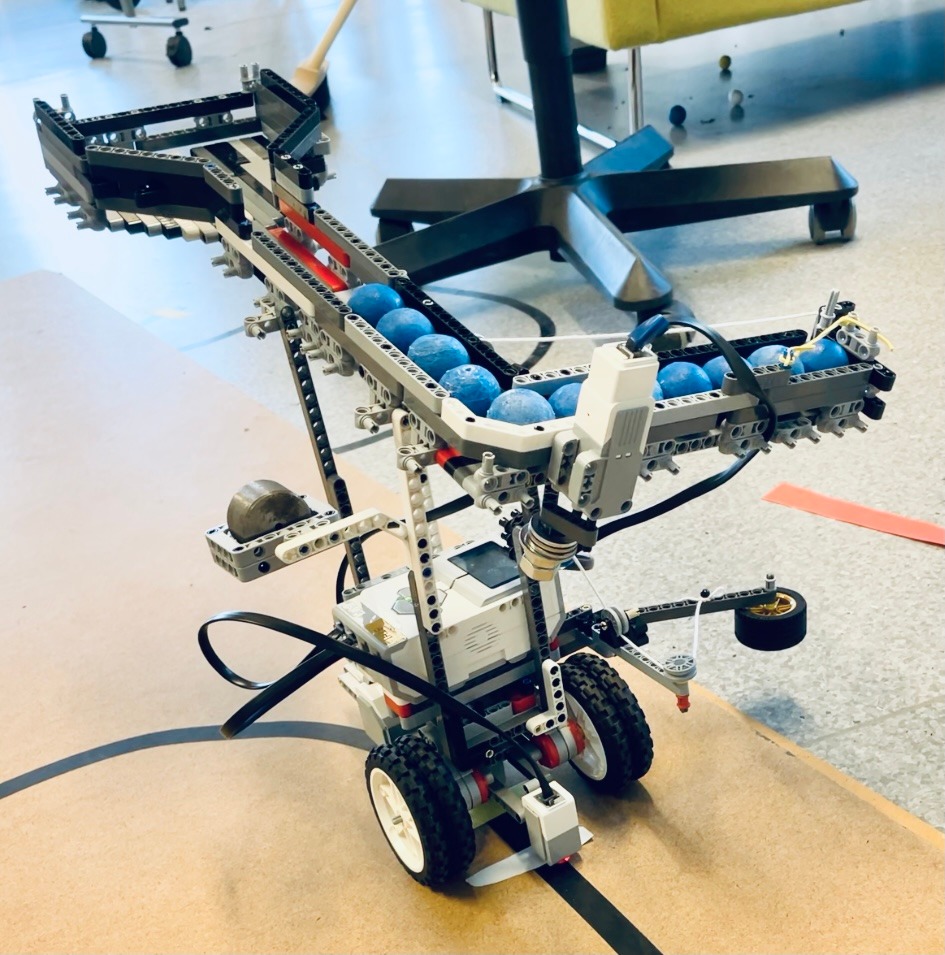 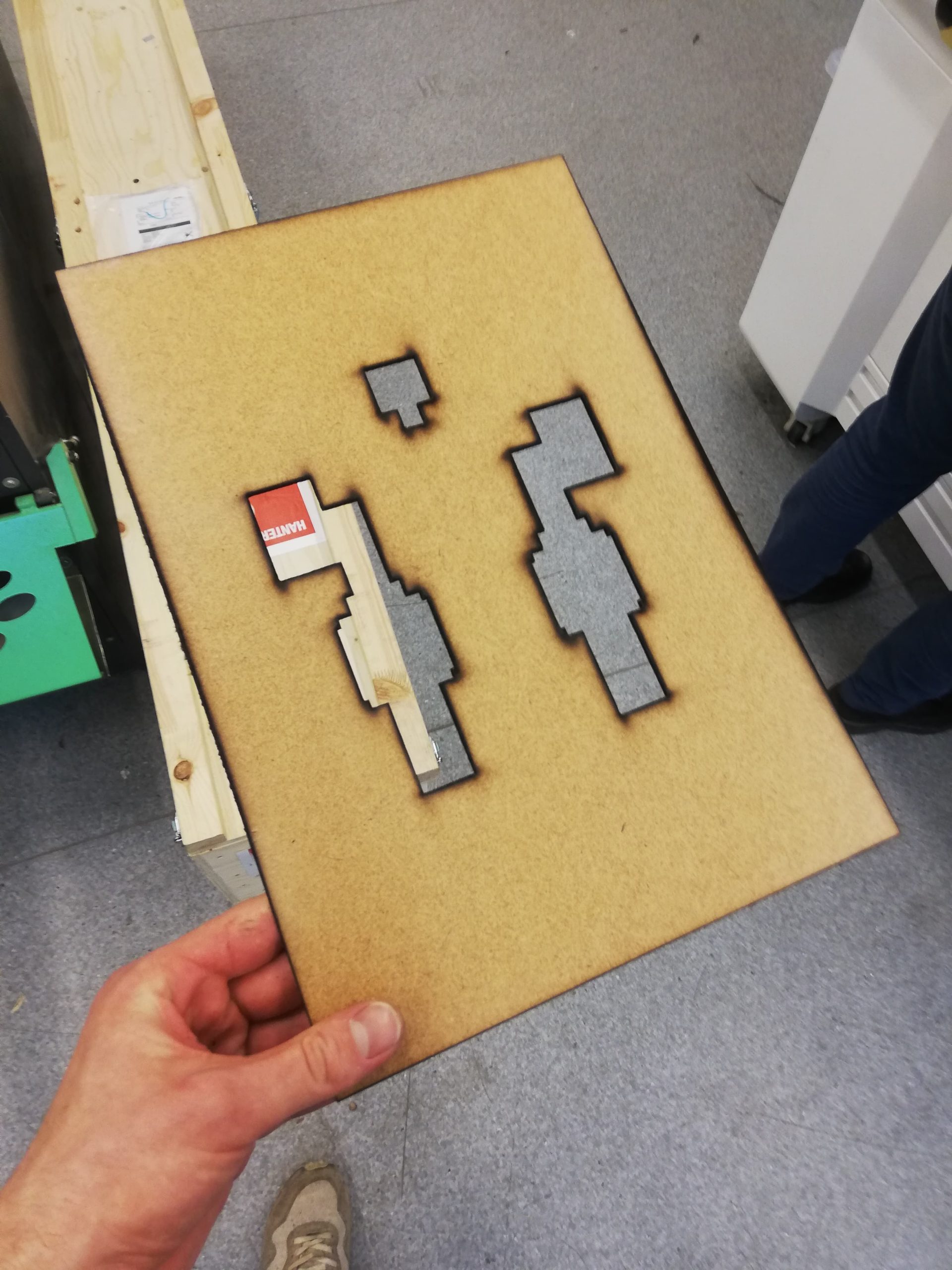 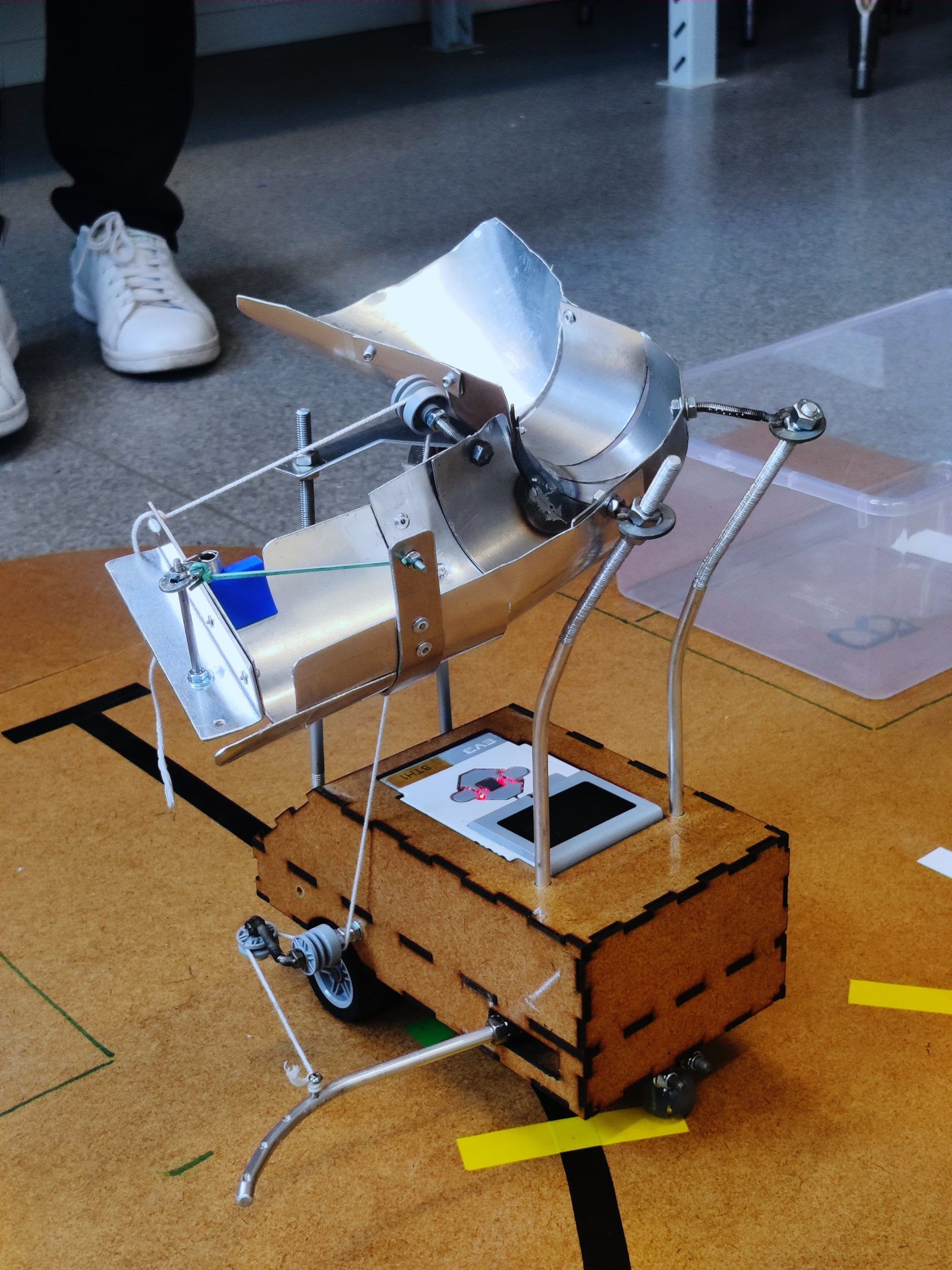 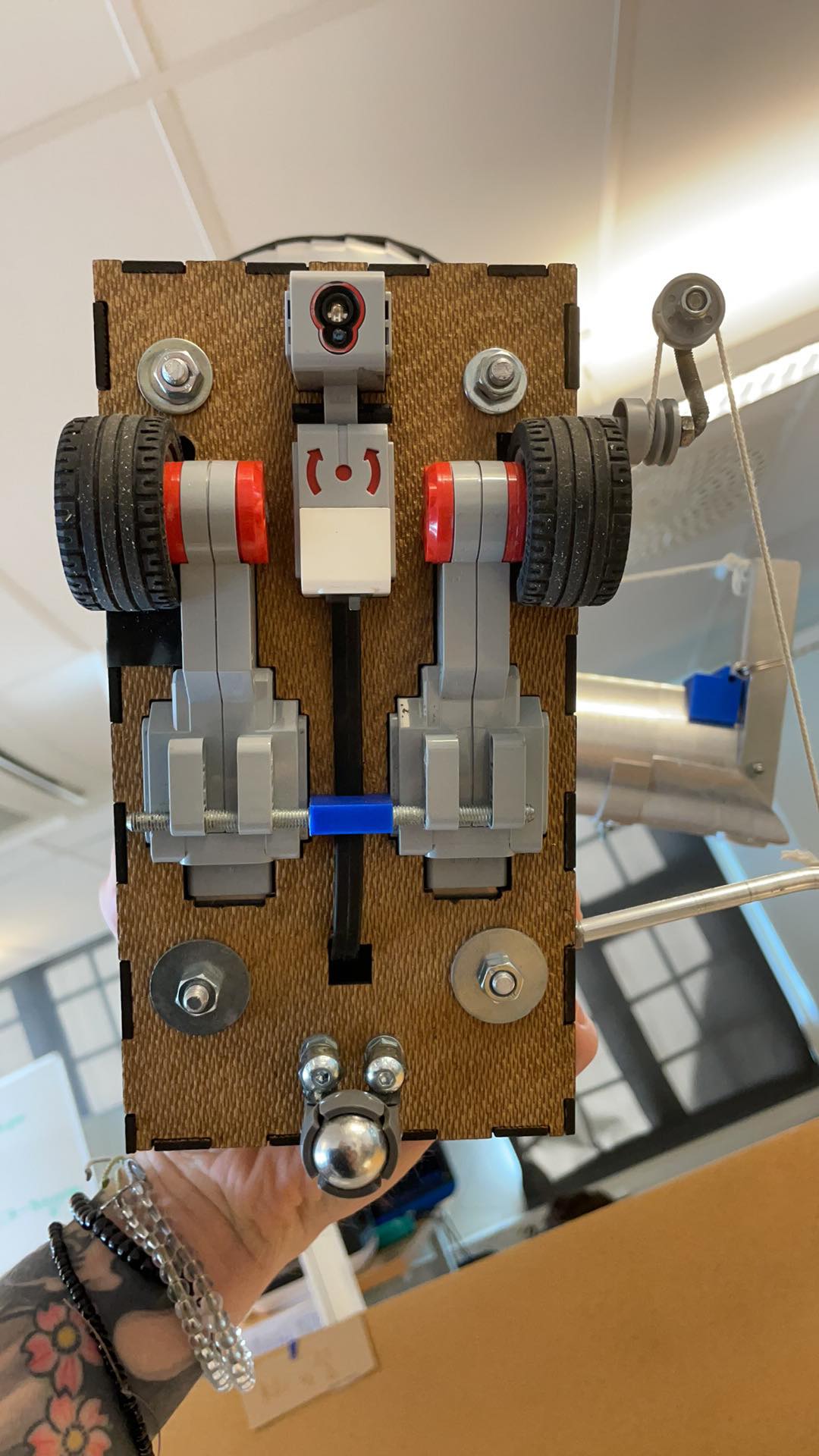 Challenge: Develop two cooperating autonomous robots with the ability to sort objects from specified container to later be dispossessed of in their corresponding location.

Solution: The task was divided into extraction, sorting and transportation. The extraction robot used an excavator configuration and a funnel for sorting, the sorting was based on the objects individual size. The transportation robot used mechanical solutions for handover between the robots and the objects specified location. Only one sort of object was sorted and disposed, as few sensors and code were applied to simplify the task and thereby increase the chance of success.

Impact: Main impact is on the students ability to work in group and to implement designs from a paper to reality.

Prototypes: First, we built a path following robot with a gutter and a mechanical arm to allow the objects to leave the gutter, everything was constructed from Lego. With proof of a working concept the robot was rebuilt without any Lego. With several and rapid iterations in sheet metal and masonite the robot was finalized. During design and construction several different programs were written and tested.

Quotes from sponsor/partner: Our supervisor highlighted that we had accommodated the only working prototype during the early stages of development witch we attribute to our simplification of the task. He also was impressed that all teams succeeded during the competition as it is uncommon from previous years.