Supporting the construction workers of both current and future construction sites has been the topic of the global product development challenge posed to seven final-year MSc students from BTH and Stanford University. In their capstone project ME310, which runs from November to June, they move in a Design Thinking process through phases of needfinding, ideation, prototyping and more to arrive at a final detail designed product to display at the final exhibition, EXPE, at Stanford University.

At the yearly exposition, EXPE, at Stanford University, the BTH-/Stanford-collaboration team, together with six other global teams presented their final results to the public for the first time.

As with the past five years the team has worked with a challenge from Volvo Construction Equipment. This time the liaisons from Volvo CE challenged the students to go out to as many different construction sites they could come across and look out for what are the “pains” of the construction workers today and also what will be their concerns in the future construction sites when machines will be both electrified and autonomous.

The BTH team of Natalia Baraslievska, Jennie Karlsson, Simon Knutsson, and Daniel Larmark, having worked with their American colleagues (Elliot Helms, Chris Perez, and Salvador Perez) using distance-spanning technology through the better part of the academic year, travelled to Stanford a few weeks before the final event to completed the final system prototype.

Much effort was spent on both making sure that the builds were up to good standards, as well as making sure that the message and story is told to the users in as compelling manner as possible. Building the physical prototype is important to demonstrate that it can be done, and equally important is to make sure that it comes across communicatively in the business case perspective surrounding the physical hardware – thus ensuring that there is a demand for the delivered solution.

Then, as D-day arrived, Natalia and Elliot took the stage to deliver the team’s pitch presentation. In 12 minutes, they clearly and convincingly presented their solutions and why this is a needed support for the construction sites of the future. With this, they got some interesting questions that were answered in good detail.

After the morning’s pitch presentation, the afternoon followed where all teams had created booths in the d.school to display prototypes and engage with onlookers to explain and discuss the builds and potential for future development and exploitation towards maturing product technologies.

The components of Advance includes a Transporter, a XChange battery swapping module and a Mobile Access Point communications module, as well as a Connect user interface for the operators to follow and sometimes interact with the system, should they see the need for that.

The XChange battery exchange module will interact with construction vehicles on site and exchange their batteries as needed in short intervals of their operation. The Transporter will then return the depleted battery to a charging station and return with a freshly charged battery for XChange to swap out in the next machine.

Beyond these two prototype modules, the students also foresee that Advance and the site manager will enable other solutions and capabilities at the construction site, such as 3D-printing of structures, painting, providing maintenance to machines, and more.

The Product Service System, also consisting of solutions for managing the interaction of the hardware sub-systems with logics and the Connect user interface for the operator on site, ties together the pieces and manages how they work together to support the main machines on the site. The students also finally analyzed the impact of implementing Advance on a construction site from a triple-bottom line perspective, bringing arguments for how the solution will have positive impact towards the economic bottom line, the environmental footprint of operating a future construction site, as well as the social bottom line of the workers on the site.

“With this event the project lasting for nine very interesting, demanding and insightful months is coming to a successful end. We saw an outstanding team-performance, especially during the 24/7 work weeks just before the EXPE. We as Volvo learn with and trough the student team and in the end we don’t get just a product, we also get a service proposal how such a product could be expanded and sold“, says Martin Frank, liaison from Volvo Construction Equipment.

Martin continues: “Already during the EXPE, I got a lot of good feedback about the solid engineering coupled with the future vision of the Advance system. Also the obvious applicability at ongoing Volvo CE projects, like the Electric Site Project, had been recognized by the visitors and audiences. The team did a great job in explaining their result with respect to the customer, users and potential further stakeholders, well done!”

“This year’s team was marked by their ability to collaborate and share knowledge across distance. Through extensive needfinding and foresighting they extrapolated a clear picture of future construction site teams centred around autonomous machines as the core “user”. One thing is for certain, the future will be autonomous and electric, and the prototype developed by the team is a step towards enabling this future“, says Ryan Ruvald, culture coach from the BTH side.

“Coming back for EXPE every year is a privilege, especially when the final outcome is so well delivered. This is the fifth time for me to join and I feel that there seem to be good outcomes on more than one occasion, which would signal that the process is working. There are of course highs and lows during nine months but I have felt all along that as long as you lean in and ‘play the game’ and really work for your outcomes there is very little doubt in my mind that these highly competent future engineers would deliver on the day. Reflecting on the project I can say that I feel very proud of the whole team and the way they worked throughout the project and especially in the final weeks leading up to the final event. I also think that both Natalia and Elliot represented the team impressively to deliver a well-rounded and very appealing pitch“, says project responsible from BTH Christian Johansson 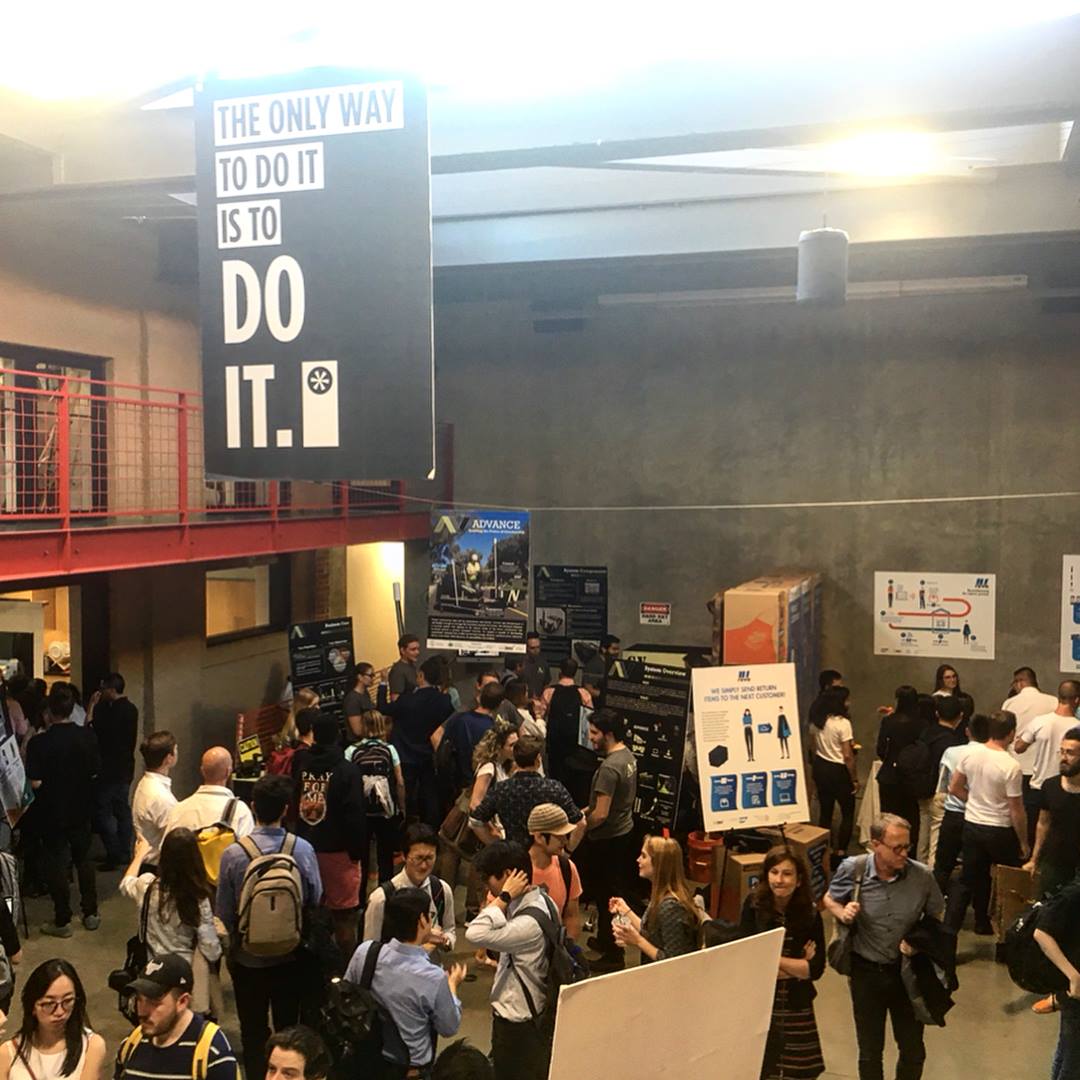 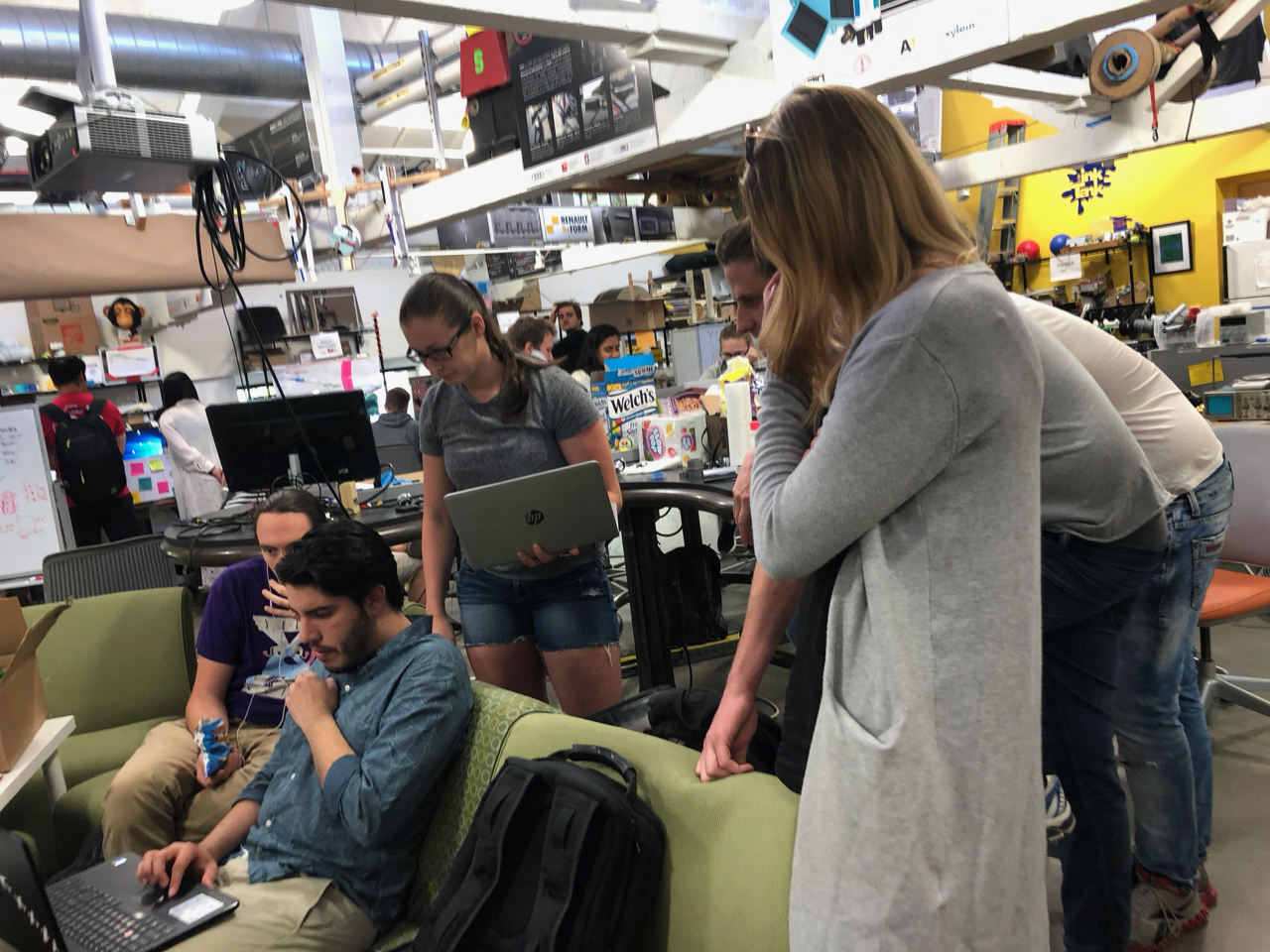 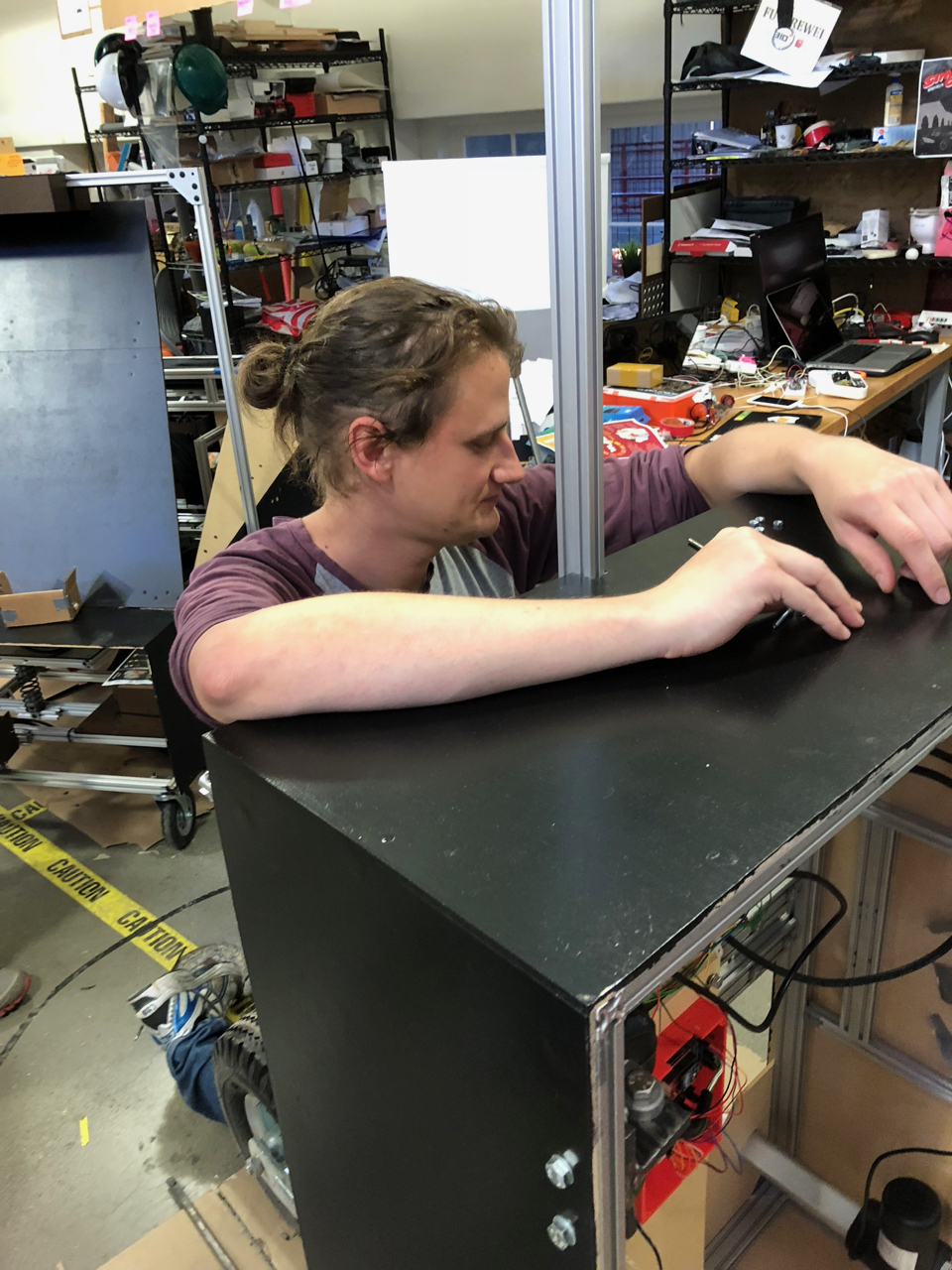 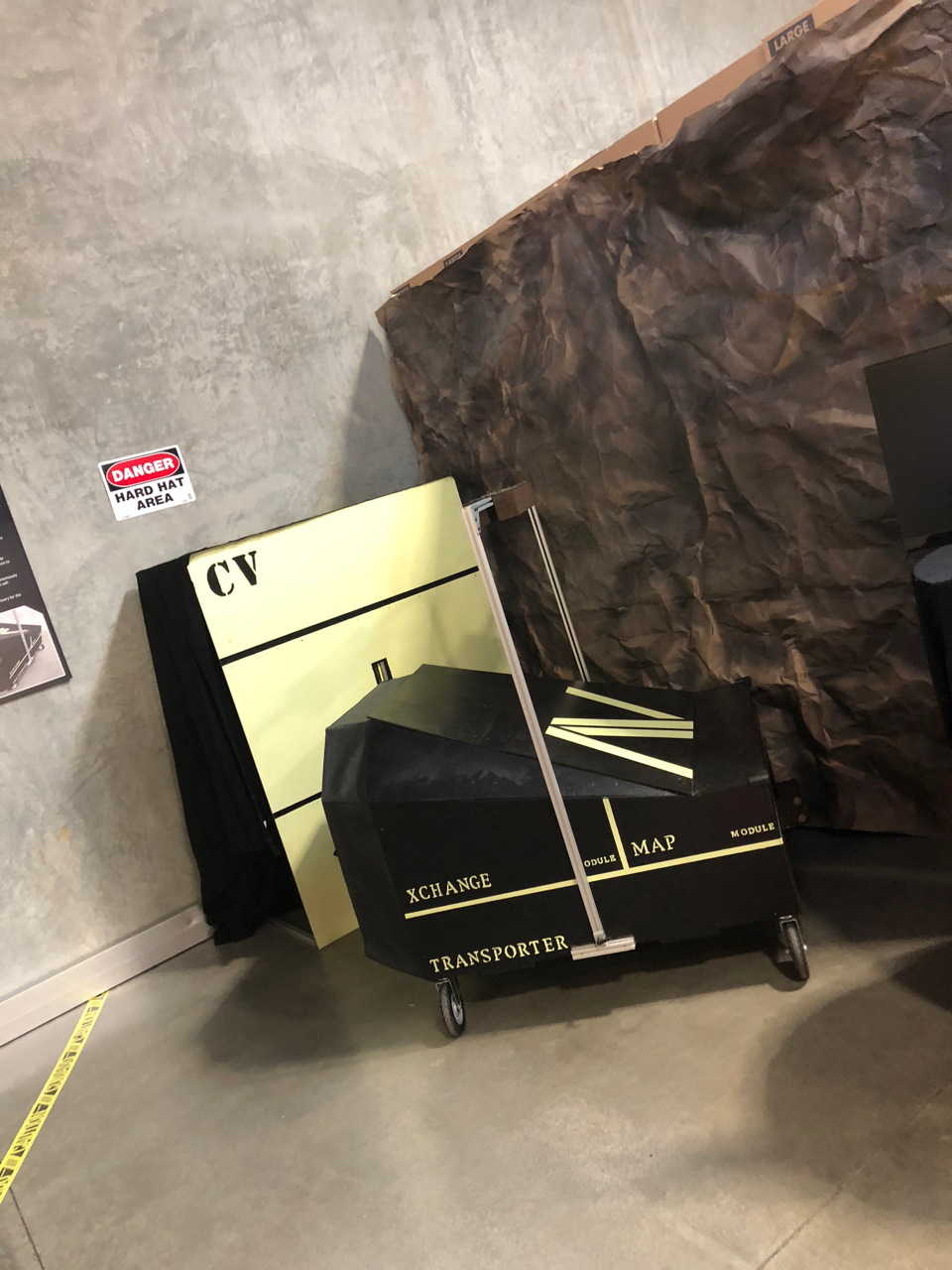 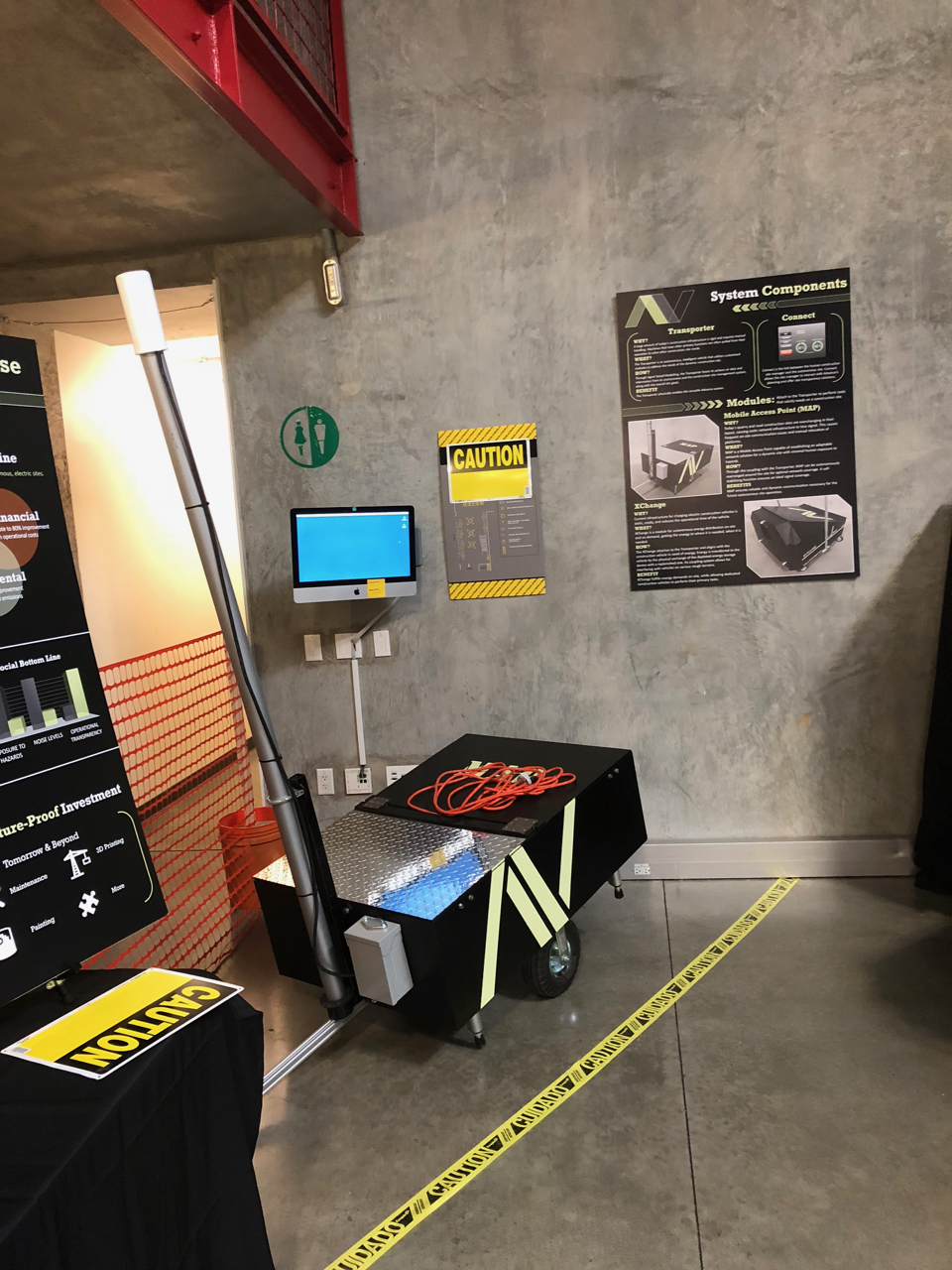 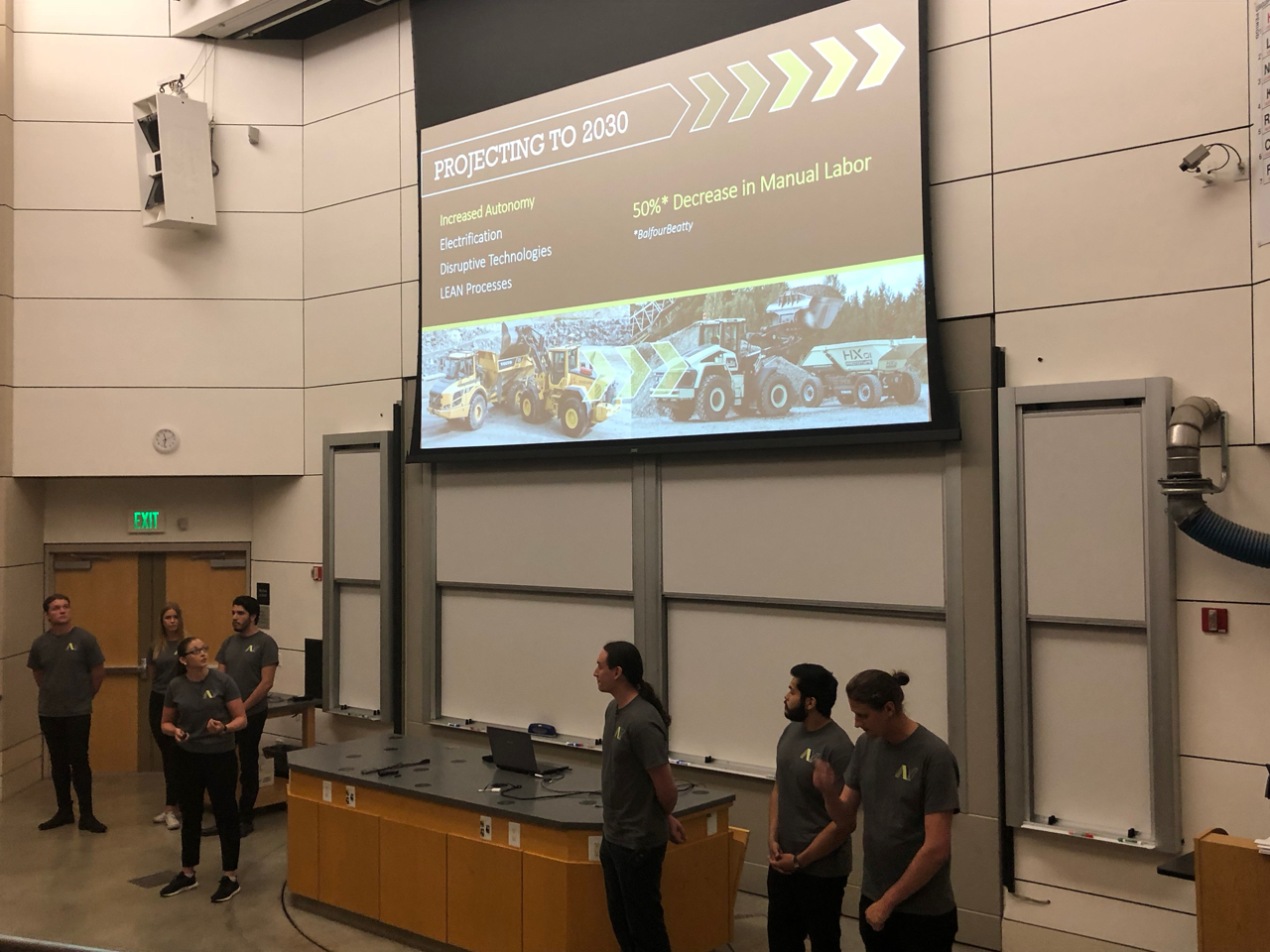 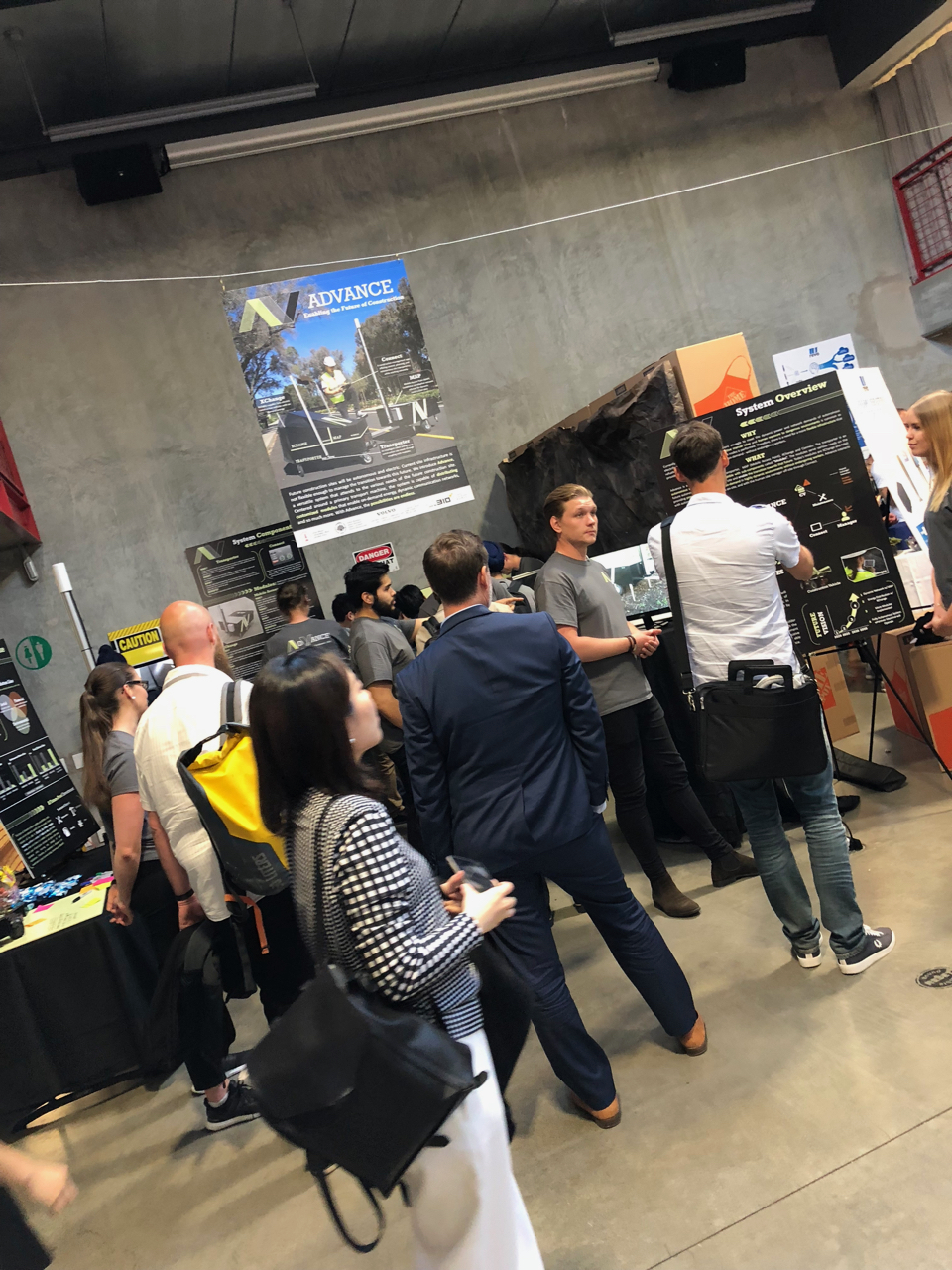 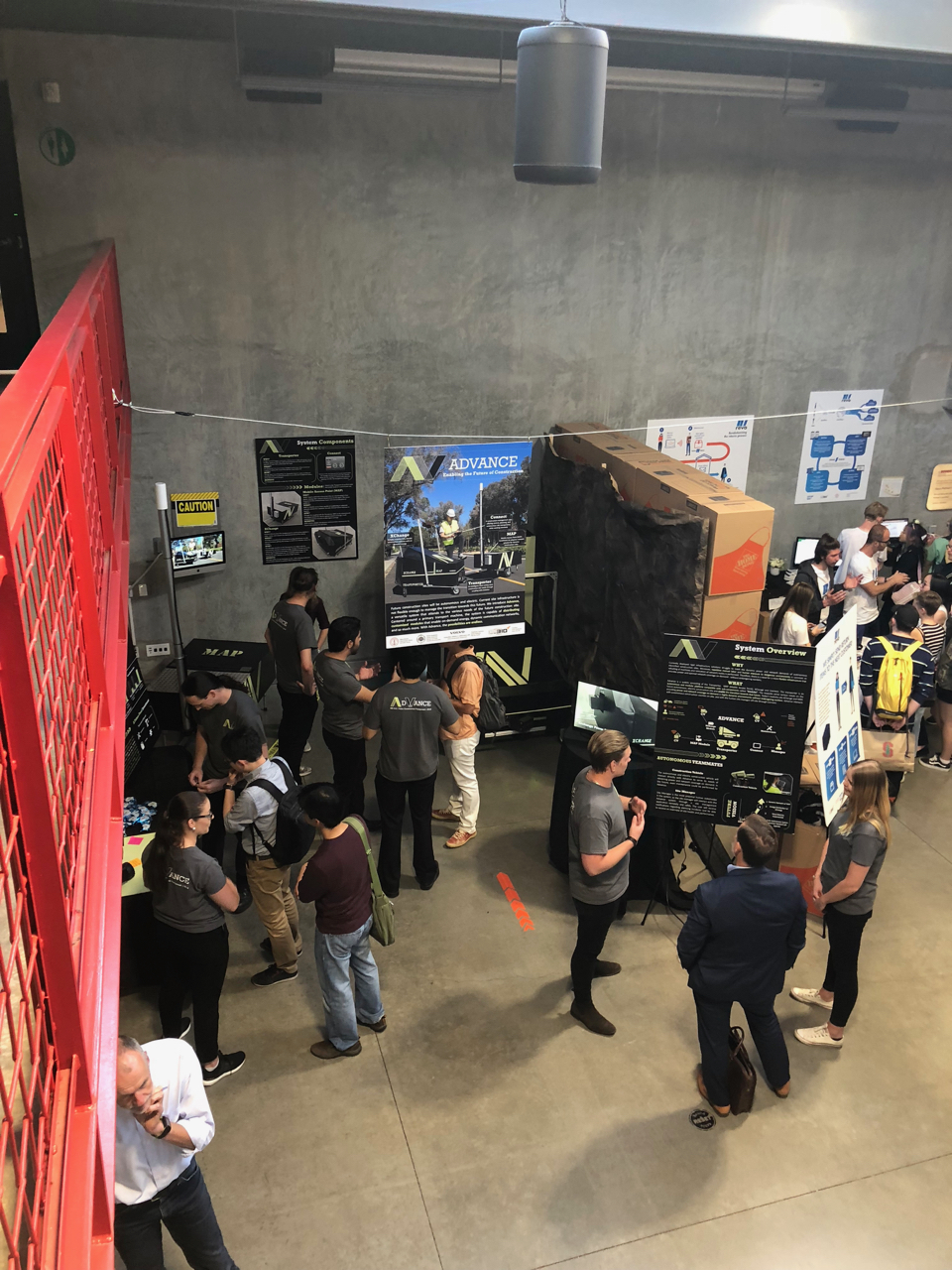 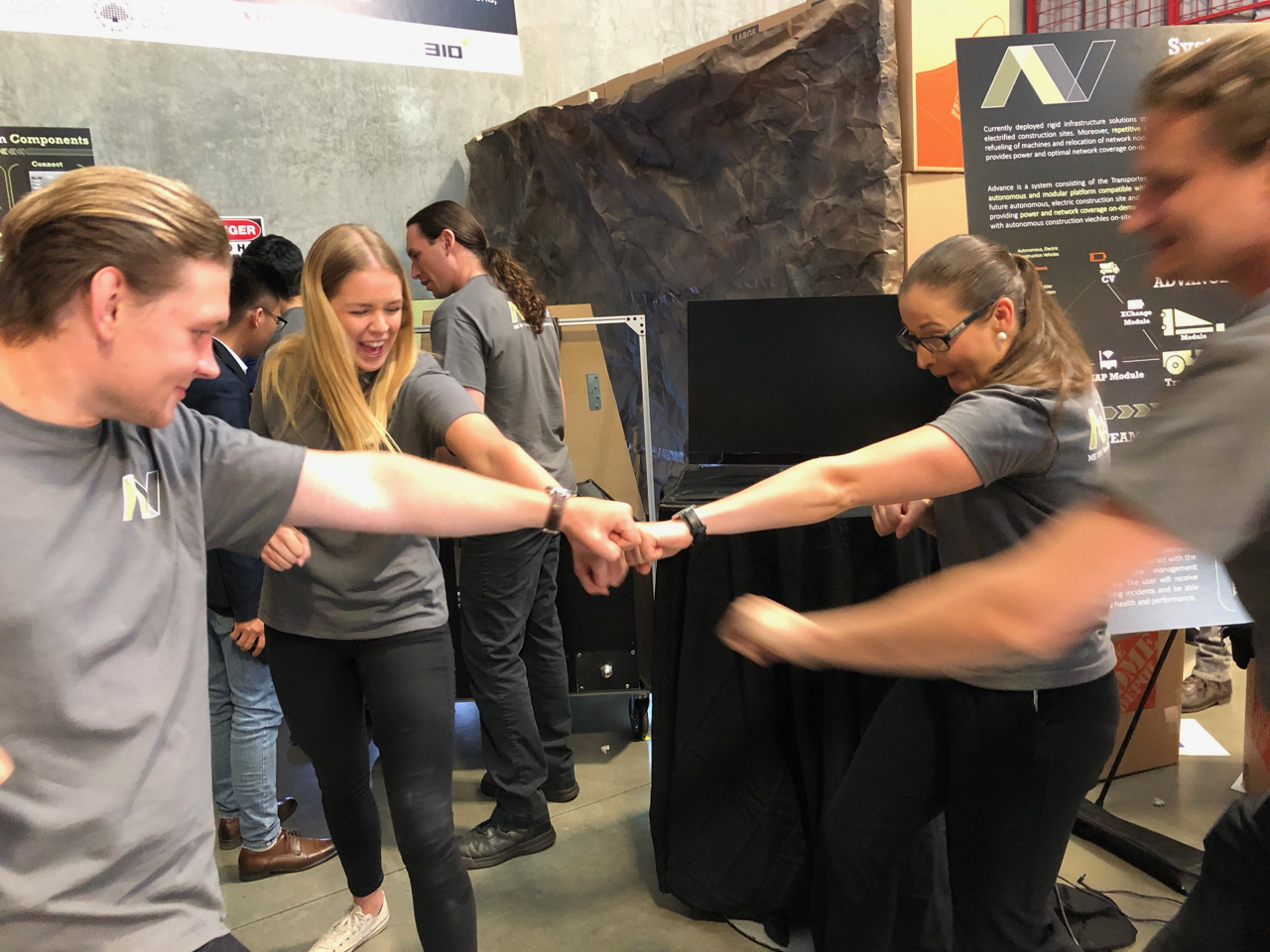 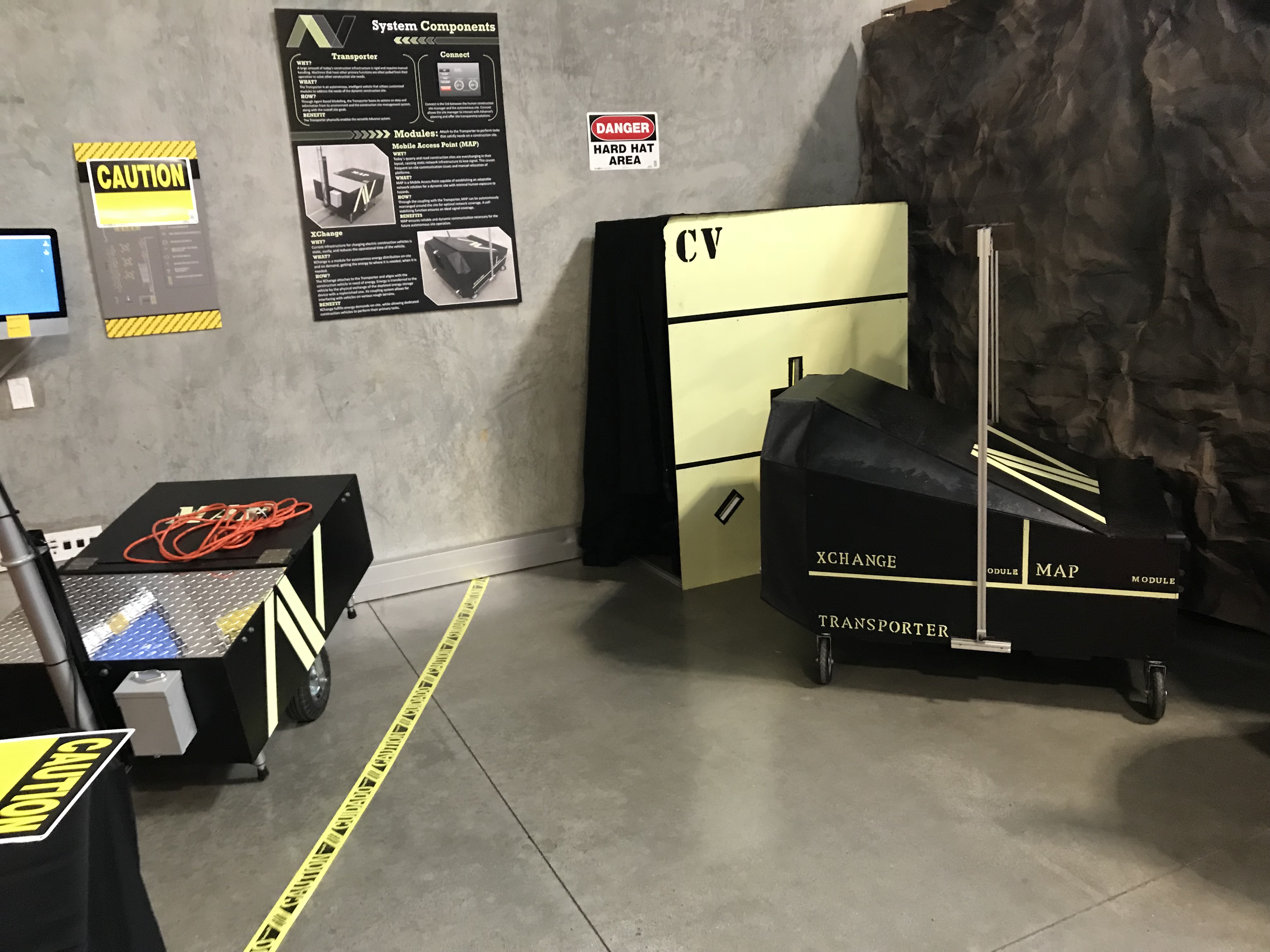 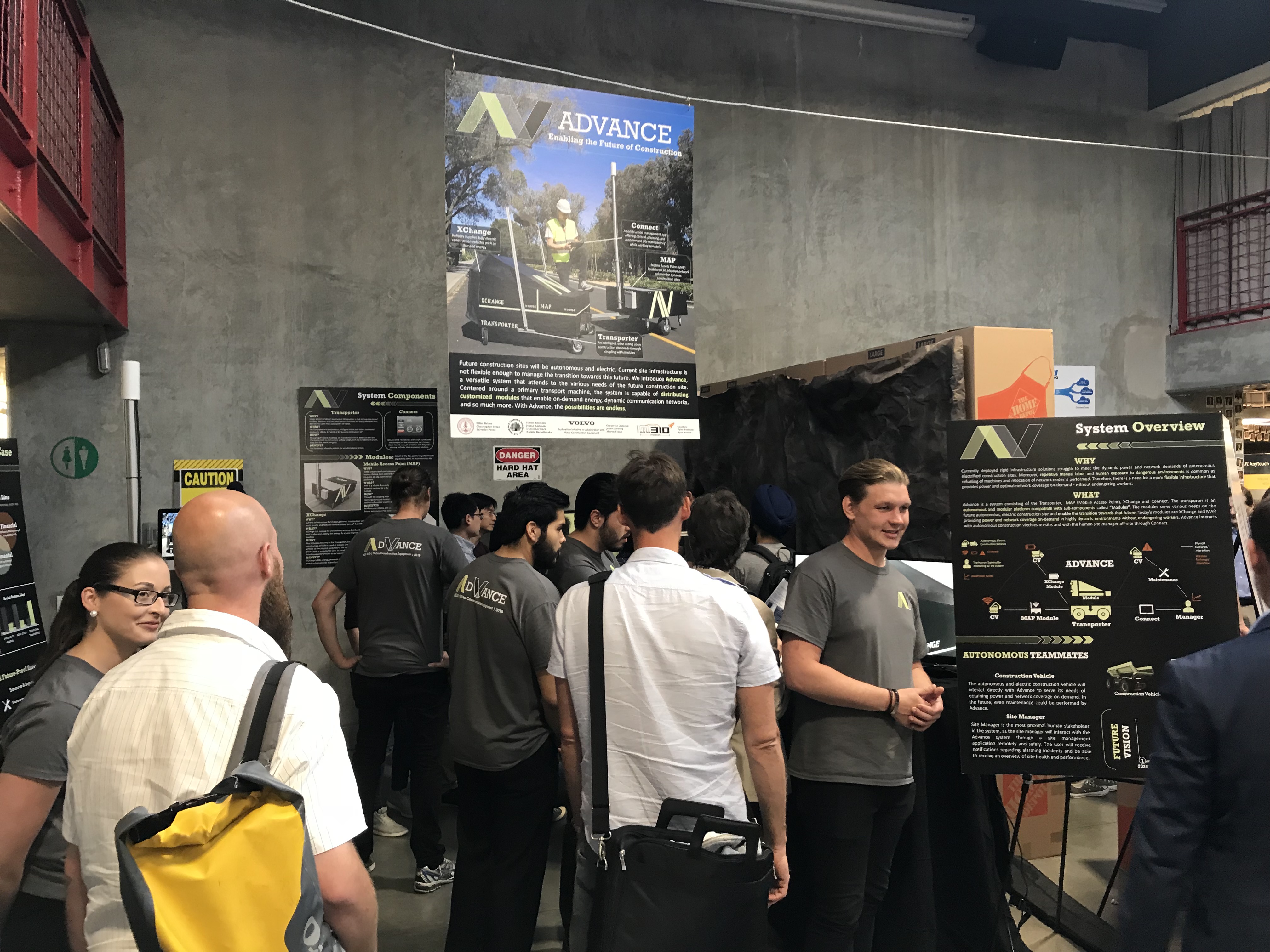 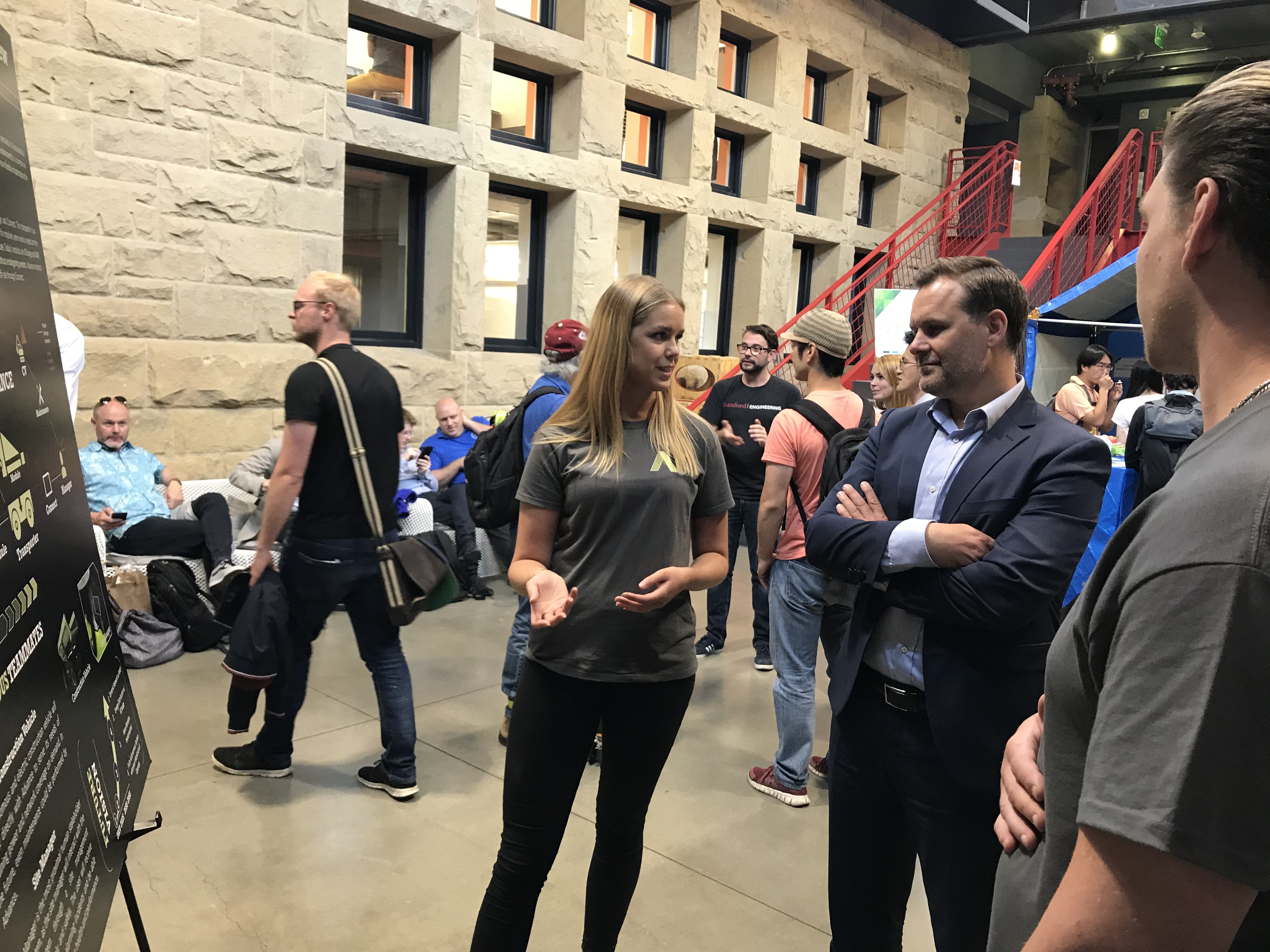 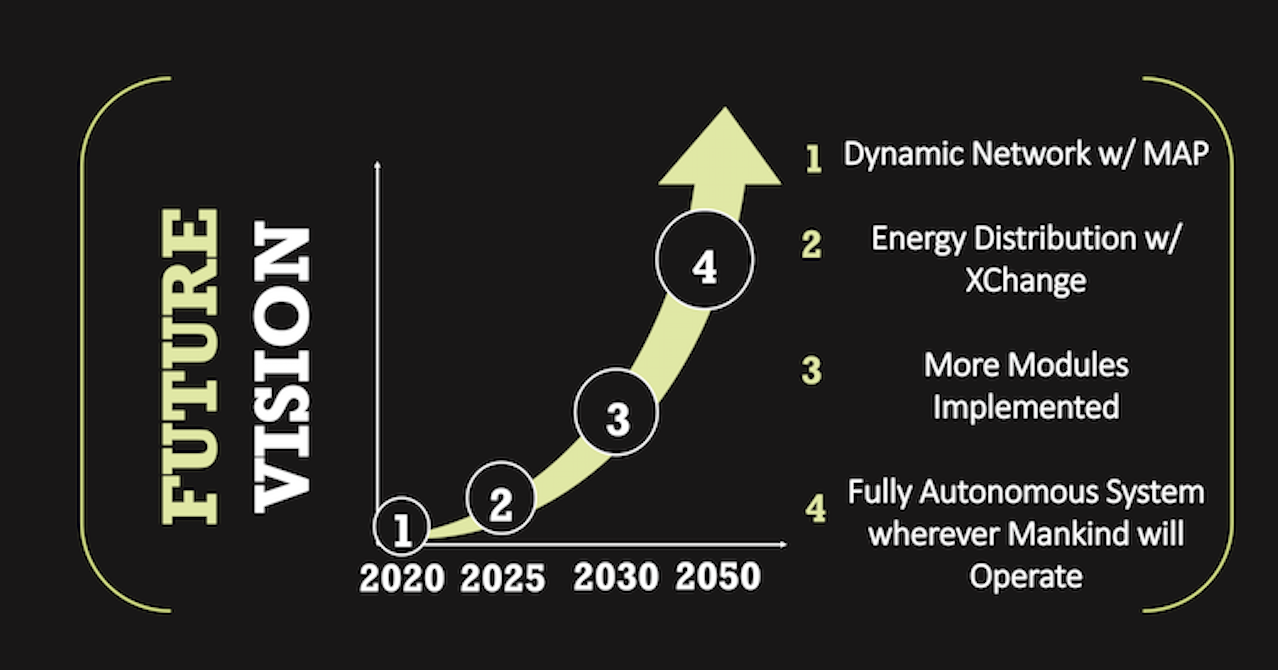 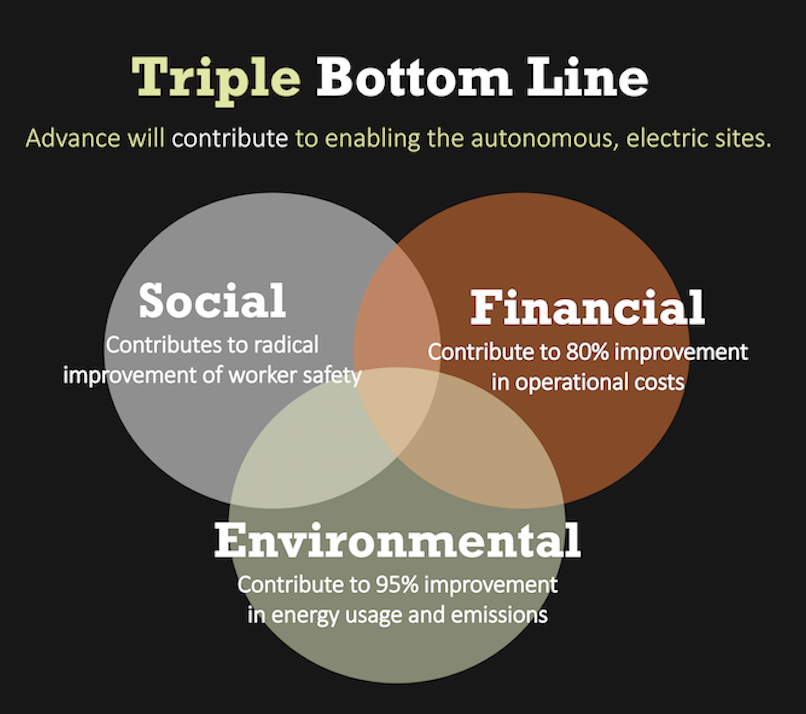 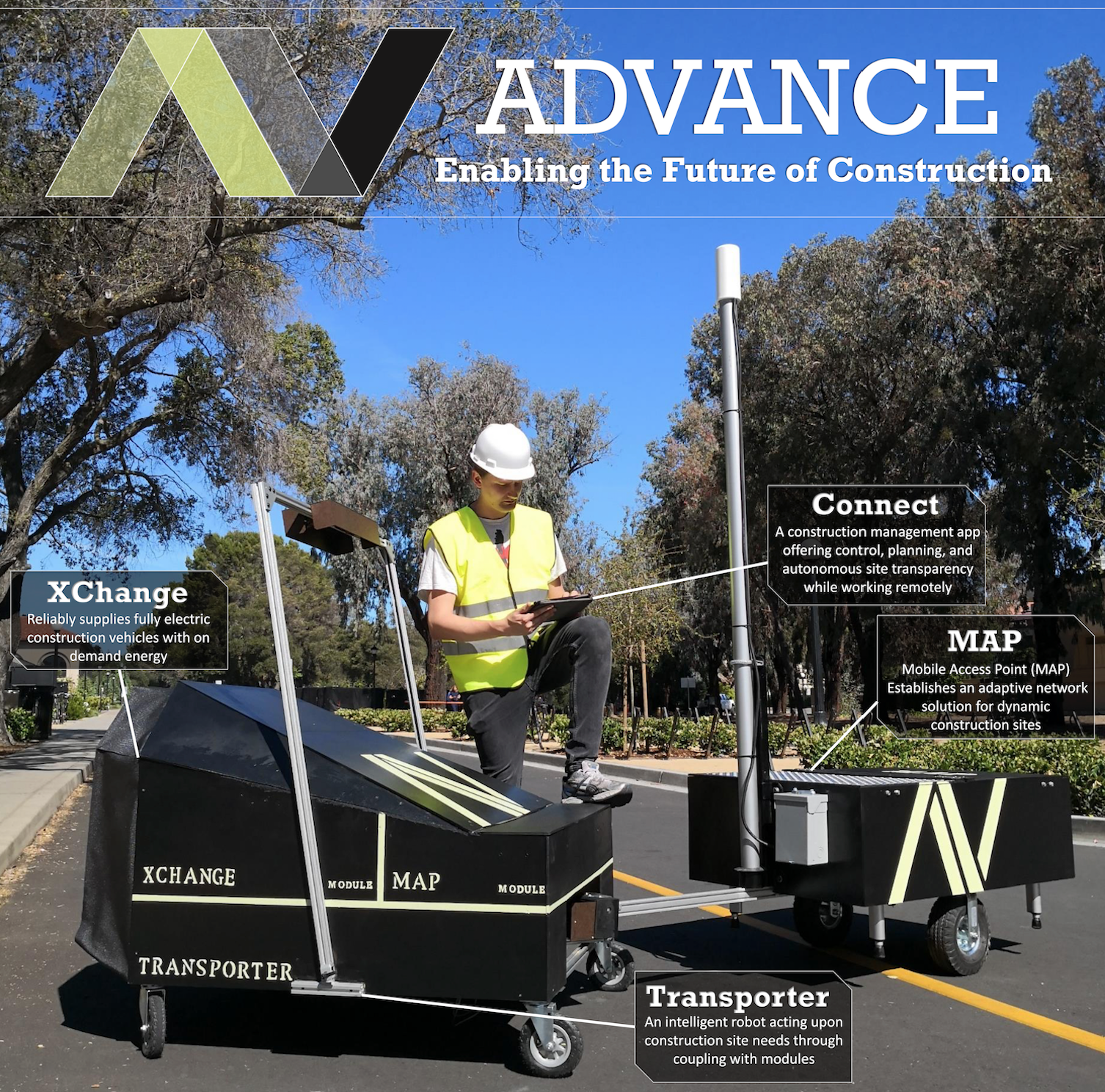