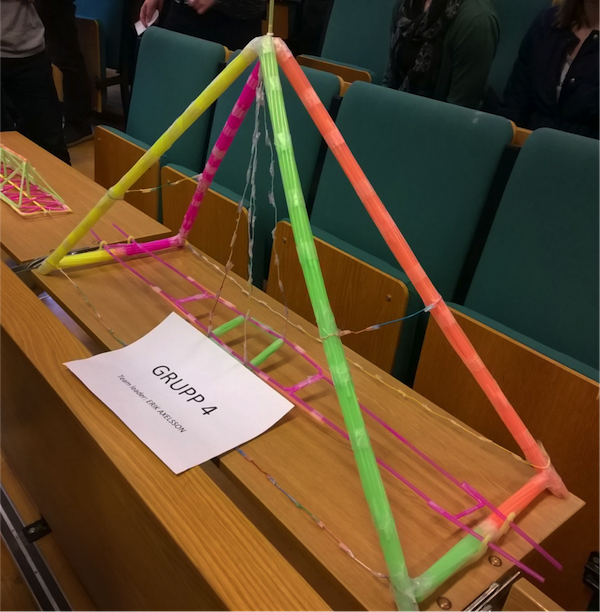 During the first and second week of February 80 students of the “Ingenjörsorientering” course have taken part to the “Build a Bridge Competition” organized by the department of Mechanical Engineering.

The course is part of an orientation activity meant for prospective students to get a cross disciplinary knowledge about the different education provided at BTH.

The “Build a Bridge Competition” has been organized as a course activity to let the students “learn by doing” the issue and challenges, of working in a small scale product development projects as a group.

All groups presented interesting prototypes most based on triangular structures capable of carrying more weight. Congratulation goes to Group 6 (see picture) that won the competition by presenting the prototype that best traded-off the three design parameters performing good both in weight and resistance test and being voted as the “most beautiful” by the public. A special mention goes also to group 4 (see picture) for the innovative design capable of carrying more than 3.5 kg of weight using about 170 grams of material.